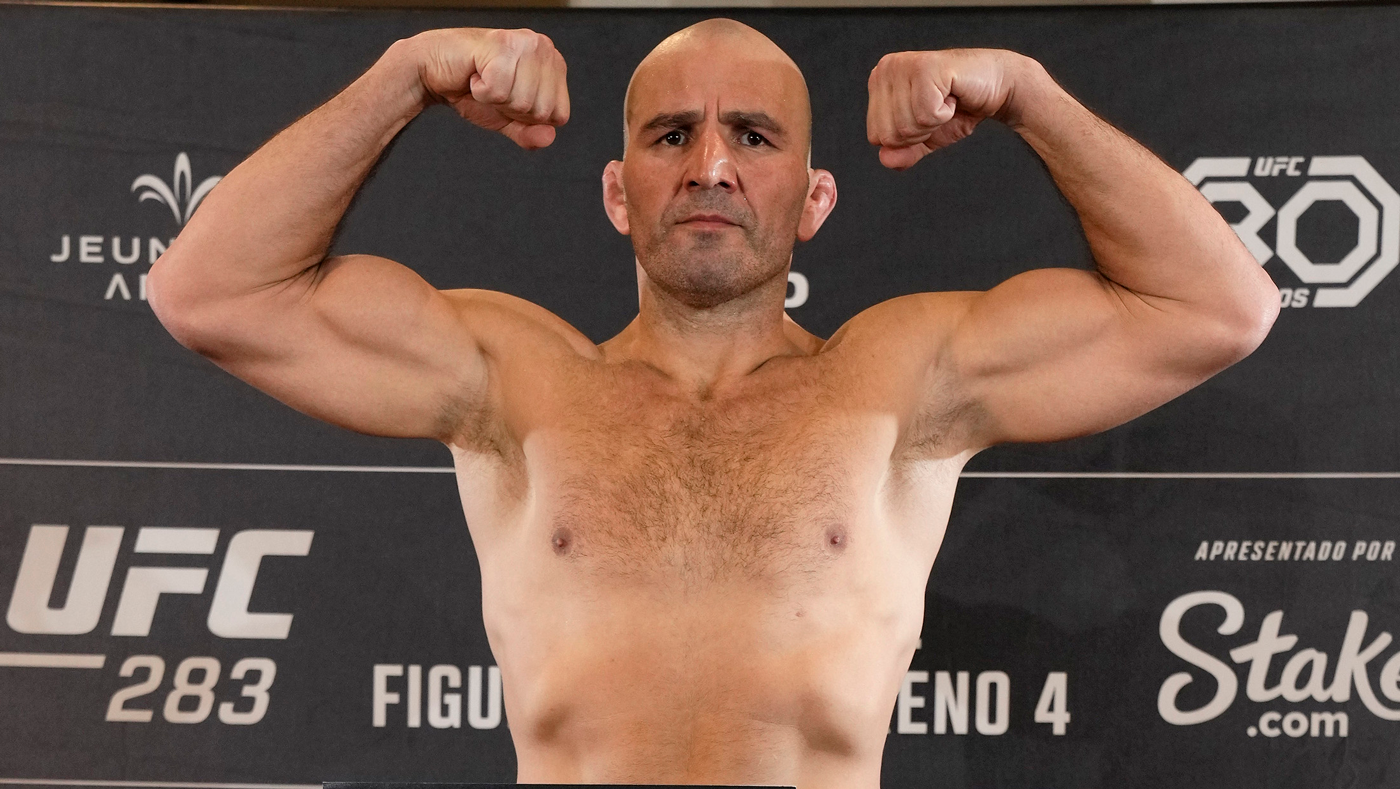 The UFC returns to Brazil on Saturday for a stacked UFC 283. In the main event, the vacant light heavyweight championship will be up for grabs between Jamahal Hill and hometown hero Glover Teixeira.

The title was vacated when Jiri Prochazka, who defeated Teixeira to become champion, suffered an injury. A fight between Magomed Ankalaev and Jan Blachowicz to crown a new champion was held at UFC 282, but the fight ended in a draw, resulting in UFC president Dana White immediately announcing that Hill and Teixeira would then fight for the still-vacant belt.

In the co-main event, one of the UFC’s greatest rivalries will continue. Flyweight champion Deiveson Figueiredo will battle interim champion Brandon Moreno in the fourth meeting between the pair. After a draw in the first meeting, Moreno won the rematch with a dominant performance that saw him secure a third-round submission. The pair met a third time, with Figueiredo winning a narrow decision. After the loss to Figueiredo, Moreno defeated Kai Kara-France to win the interim title.

Can’t get enough boxing and MMA? Get the latest in the world of combat sports from two of the best in the business. Subscribe to Morning Kombat with Luke Thomas and Brian Campbell for the best analysis and in-depth news, including a complete preview of UFC 283 below.

With so much happening on Saturday night, let’s take a closer look at the full fight card with the latest odds from Caesars Sportsbook before we get to our staff predictions and picks for the PPV portion of the festivities.

Campbell: Any debate over whether Hill has truly earned this title shot aside, his recent trio of knockouts over quality competition pair nicely with his 11-1 record to suggest it’s very possible he exits the cage as champion, even with the clear advantages Teixeira holds on the ground. But at 43, are we asking too much of Glover, even with the expected partisan crowd to fuel him? It’s very common, should a fighter get old overnight, that we might look back on a recent bout that might have served as a harbinger of the inevitable doom to come for any great aging veteran. That fight could very easily be his title lost to Jiri Prochazka last year when Teixeira literally emptied the tank to try and survive in one of the most violent and wildest title bouts in UFC history. Teixeira fought to the point of exhaustion, which fueled the surprising fifth-round submission Prochazka. Teixeira likely won’t need much urging from Hill to turn this fight into a fan-friendly war and when it happens, Hill has the power and explosiveness to seize the title by force.

Brookhouse: As I covered in our feature on the best bets for UFC 283, Hill’s weaknesses just play too hard into Teixeira’s strengths. Teixeira is good at forcing takedowns, averaging slightly more than two per 15 minutes in the cage. In his most recent fight, Hill was taken down six times by Thiago Santos. Hill also wants no part of Teixeira on the ground. While Hill could get the knockout on the feet, Teixeira is incredibly tough and proved that yet again in his war with Prochazka in his most recent outing. Hill has not faced the level of competition Teixeira has and I’m simply not willing to bet on the fighter who hasn’t proven himself at this level, who has exploitable deficiencies his opponent is good at exploiting, simply on the premise that maybe age has caught up to Teixeira.

Mahjouri: The difficulty predicting here is that Hill, 31, is entering his athletic prime and can make significant changes from fight to fight. Meanwhile, Teixeira is 43 and may rapidly decline at a moment’s notice. Teixeira deserves everyone’s respect for becoming the oldest first-time UFC champion and nearly defeating the ultra-violent Jiri Prochazka in CBS Sports’ 2022 Fight of the Year. Unfortunately, we’ve seen how those wars can irreversibly impact a fighter’s career for the worst. Teixeira should be favored here if we’re strictly factoring in their styles. He has a miraculous ability to survive big bombs and drag opponents down for a submission win. Hill could catch Teixeira clean and early, but my heart says Teixeira is going to become champion again.

Campbell: Throughout such a historic and entertaining rivalry, the margin of error between the two champions has been very small. For as dominant as Moreno was in submitting Figueiredo in their 2021 rematch, he had just as difficult a time adjusting to the Brazilian slugger’s tactical changes in their trilogy fight. But Moreno isn’t entering the first quadrilogy bout in UFC history fresh off of defeat, as his comeback finish of Kai Kara-France netted the first Mexican-born champion in UFC history the interim title and increased confidence. Moreno, of course, won’t have the services of former trainer James Krause thanks to the recent gambling scandal, but he is the younger fighter with less overall questions to answer. At 35, Figueiredo already appears to be playing with borrowed money from an age standpoint in the UFC’s smallest division, where speed and reaction time remain paramount. But the biggest lingering question is Figueiredo’s always difficult weight cut to 125 pounds as fight week pictures haven’t been convincing as to whether Figueiredo is a lock to be able to go five hard rounds.

Brookhouse: I’m surprised that in such an evenly-matched rivalry, we have unanimously picked Moreno. That said, I think Moreno has been the slightly better fighter if you take the three previous fights as a whole. The third fight felt like Figueiredo fighting a really, really good fight while Moreno put in a performance less than he is capable of and still had an argument that he deserved the decision. I expect Moreno to have patched up those issues, up his aggression a bit and make a clear statement in the fourth fight.

Campbell: After his initial title dreams came up short against former teammate Kamaru Usman in a 2021 loss via third-round TKO, Burns has become a veteran gunslinger hell bent upon making fun fights for big paydays. The 36-year-old Brazilian’s efforts in luring Colby Covington or Jorge Masvidal into pay-per-view fights proved unsuccessful, however, prompting the need for a return to stay active against Neil Magny. Burns is an almost overwhelming betting favorite, particularly due to the next-level resolve he showed in a narrow loss to Khamzat Chimaev in one of 2022’s best fights. Burns also holds enough of an edge in both power and as a submission threat to make this a challenging test against Magny that he’s expected to win.

Who wins UFC 283: Teixeira vs. Hill? And how exactly does each fight end? Visit SportsLine now to get detailed picks on every fight at UFC 283, all from the incomparable expert who’s up nearly $12,000 on MMA in the past four years, and find out.

Bellator 290: Fedor Emelianenko gets the rare chance at a storybook ending in final fight of legendary career