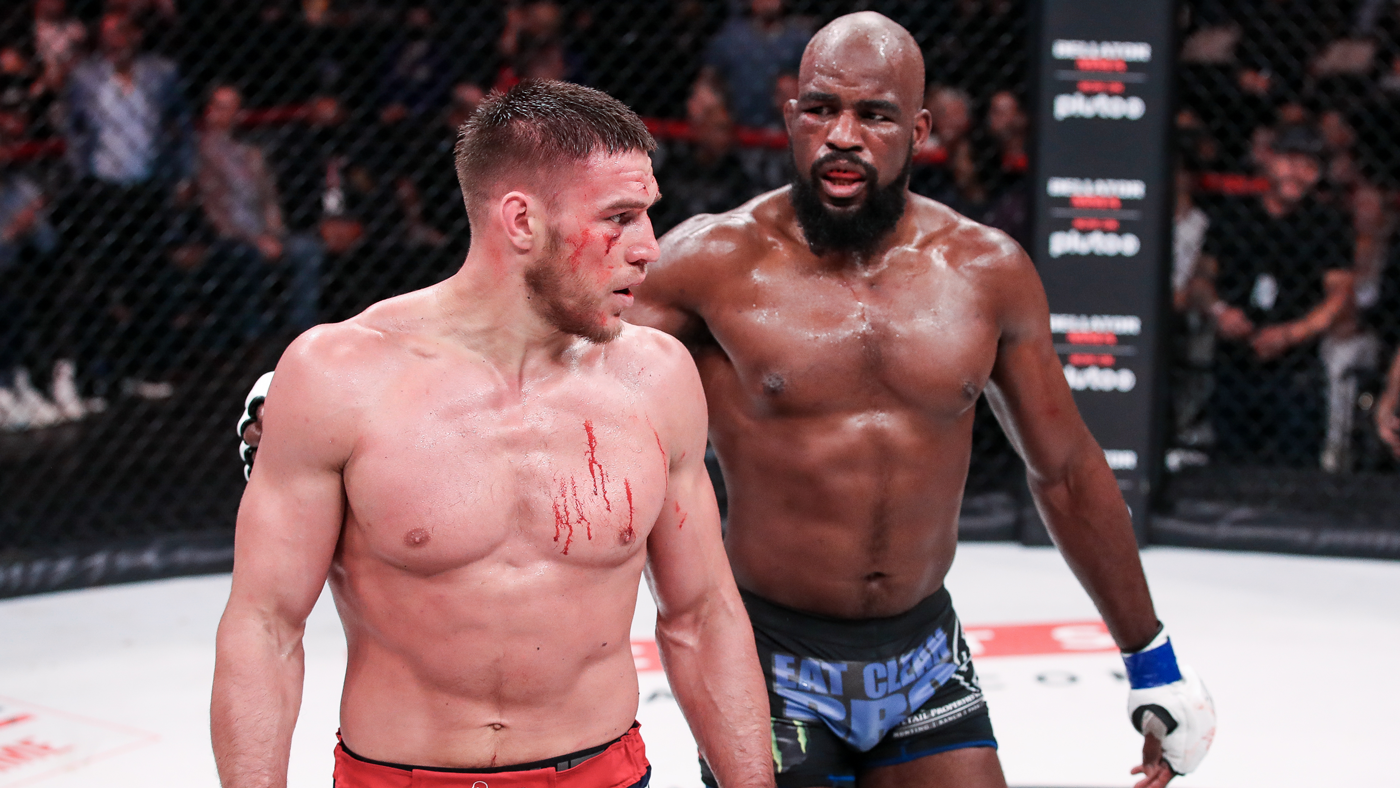 When the betting odds were first posted in early 2021, ahead of the launch of the Bellator MMA Light Heavyweight World Grand Prix, defending champion Vadim Nemkov was listed as the favorite to capture the $1 million grand prize.

Nemkov (15-1, 1 NC) had just seized the title after demolishing Ryan Bader in his fourth straight victory over current or former Bellator champions. The 30-year-old native of Russia did nothing to disappoint once the tournament kicked off, either, ripping off a pair of convincing victories to advance to the final.

A quick glance back at those same pre-tournament odds, however, reveals just how little attention was being given to one of Bellator’s recent free agent signings in Corey Anderson (16-5, 1 NC). Not only was the long-time UFC contender given 10-1 odds — the same appointed to his unheralded first-round opponent, Dovletdzhan Yashimuradov — only two others (Phil Davis, Lyoto Machida) were considered bigger underdogs.

“It’s funny because nobody thought I was going to make it out of the first round,” Anderson told “Morning Kombat” in October. “The painting was on the wall, it was a fact.”

As Anderson, 33, prepares for Friday’s Grand Prix finale part two at Bellator 288 in Chicago (Showtime, 9 p.m. ET), a rematch of his no contest against Nemkov in April due to a cut caused by an accidental head butt, it’s interesting to take stock of just how far the native of Rockford, Illinois, has turned his fortunes around in such a short time.

Anderson previously saw his hopes of a UFC title shot come crashing down when his four-fight win streak was snapped via first-round knockout to Jan Blachowicz in their 2020 rematch. A major health scare followed after Anderson collapsed and was rushed to the hospital with suspected heart issues.

Although Anderson was eventually cleared to return, he seriously contemplated retirement. A brief conversation with his manager also led to a surprising offer from UFC to let him out of his contract early, which opened up the door to sign with Bellator.

What happened next was arguably the most dominant stretch of Anderson’s nine-year professional career, to date. “Overtime” destroyed veteran slugger Melvin Manhoef in his debut before packaging TKO wins over Yagshimuradov and former champion Ryan Bader to set up the title showdown with Nemkov.

While most expected him to wrestle against Bader, Anderson decided to showcase his striking instead and needed just 51 seconds to finish the fight.

“[Bader] asked me after the fight and the next day in the hotel. He was like, ‘Did you just throw that punch randomly or was that just planned?'” Anderson said. “We studied his film and I remember sparring him twice. His jab has always been the same and in camp, we knew we were going to [slip and counter to] capitalize on that.”

Nemkov entered their Bellator 277 tournament final as the favorite and appeared to win the opening round by controlling the striking battle from distance. But once Anderson established himself as a takedown threat in Round 2, the tenor of the fight changed dramatically.

“It was just like I said it would be. I spoke things into existence,” Anderson said. “I told people after the Bader fight when they asked me about fighting Nekmov. I said that he was like a Hot Pocket. You put it in the microwave and they come out hot. You won’t want to touch it right away but he’s going to cool down every time [and become] like a ball of fear.

“Most guys try to keep up that pace with him and they get tired. But I’m like a cardio machine. I knew I was going to wait and when he slowed down, I would take over. It went exactly how I expected it.”

Aside from being forced to fight off a choke attempt on the ground in Round 3, Anderson began to dominate all aspects of his game against Nemkov. But an accidental head butt caused by Anderson leaping in to attempt a punch while Nemkov was on his back opened up a nasty cut above the champion’s left eye.

Anderson is still sore at how quickly the fight was waved off and ruled a no contest without the referee or ringside physician giving Nemkov’s corner a chance to address the bleeding. Despite the direction the fight appeared to be heading with Anderson in control, Nemkov was given a rare mulligan to start fresh and do it over this weekend inside Wintrust Arena.

“I’m not fighting the same Nemkov. It’s a whole new person,” Anderson said. “Now he has intel. He’s going to go back to everything he knows. You know that his coach is Fedor [Emelianenko] so you know he’s going to be legit. I have to come back with something that he didn’t see before.”

The stakes remain the same for Anderson on Friday, only this time he’s the favorite. He will still be fighting for the tournament title, the cash prize and the Bellator MMA light heavyweight championship all in the same bout. But he also believes he’s still fighting to make believers out of everyone who has repeatedly doubted him, everyone from oddsmakers and  his former employer to fans and media.

Although Nemkov’s first pro defeat came against current UFC champion Jiri Prochazka at the 2015 RIZIN World Grand Prix, Anderson owns a pair of decision wins over the two UFC champions that preceded him (Blachowicz, Glover Teixeira). It’s because of that, mixed with the dominant performances he has had against Bader and Nemkov in consecutive fights, that Anderson believes he has a chance to exit the cage as the best 205-pound fighter in the world.

Not only has the evolution of his striking made Anderson a much more potent dual-threat, his confidence also appears to be at an all-time high after the obstacle-filled journey just to get to this point. But as he showed against Nemkov, a respectable wrestler in his own right, his Plan A of weaponizing his cardio and forcing opponents to their backs remains difficult to beat, even if Nemkov has already had nearly 15 minutes of cage time as preparation.

“You know he’s going to be thinking about [the takedown],” Anderson said. “The way I wrestle is different. I’m just relentless and I’m grinding. I put it on you. There is no one that can emulate that [in training camp] unless it’s me. I’m always thinking what he’s going to do different this time. If he keeps striking me, he gives me more opportunity to take him down.”

Nemkov, who doesn’t speak English, has kept a typically low profile entering the rematch and hasn’t shown his cards. That hasn’t stopped Anderson from constantly envisioning what his dream of becoming a champion will look and feel like.

Anderson, who splits time between his main home in Illinois and a second one in New Jersey, not far from where he trains, said he closes every night at the latter residence staring at a space on the wall above the television in his bedroom.

The Lakers wanted 20 games to evaluate the roster before making a trade, so what have we learned in that time?